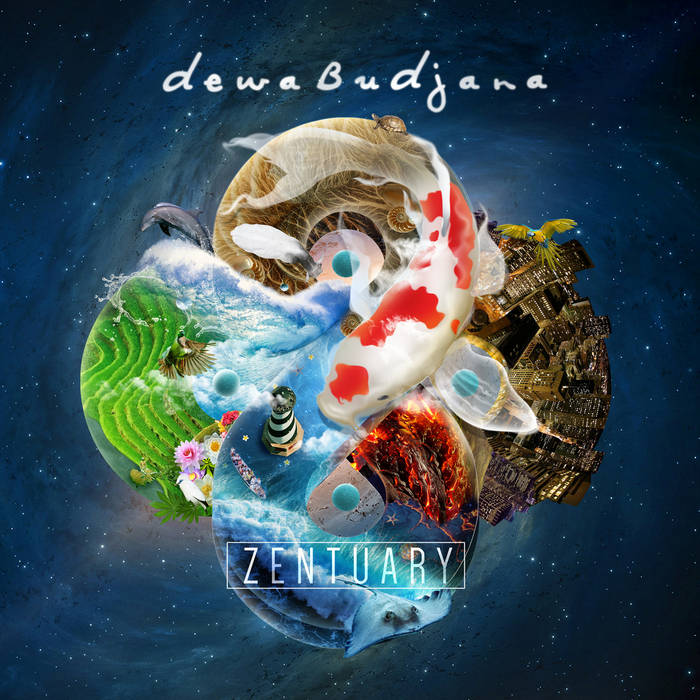 Sven B. Schreiber (sbs) Just couldn't resist buying this double album for half the price - a generous offer by Dewa Budjana on the occasion of "Uncle Tony" Levin's 72th birthday. I already had "Home" in my collection, which is one of my all-time favorite fusion albums. So if you like fun-packed fusion with fancy compositions and a great deal of virtuosity, hurry up and purchase this album (and maybe more) today or tomorrow with the discount code you get as a follower of Dewa Budjana! Favorite track: Suniakala.

Carsten Pieper I already got most of his albums here on Bandcamp and wondered if I really needed one more, but, yes, of course! In my ears, this is his best album to date. World-class players, world-class progressive fusion! Favorite track: Manhattan Temple.

Josh Donald I am so happy I was randomly looking at jazz. Dewa is money!!! This guy is such a pro! I do love that he has some heavyweights on this release. But even if he didn't, this release is incredible! Excellent song structure plus some improv I am assuming happened during each take.

Love this guy!!! I am sorry it took me this long to find him. Favorite track: Crack In The Sky.
more...

Featuring music as ambitious and achieving as its participants, the result is a prodigious, high-altitude sonic adventure unlike any you've ever experienced! Imaginative, daring and 'just baked' fresh, "Zentuary" ranks as one of 2016's most ambitious, 'immediately essential' albums!


"Guitarist Dewa Budjana’s 'Zentuary' stands as his best to date. It’s not just the addition of exceptional, top-quality players such as Tony Levin, Gary Husband, Jack DeJohnette, Tim Garland and Guthrie Govan, that makes this double album so memorable. Budjana himself delivers the kind of lithe and melodically incisive playing that ensures this double album is a noodle-free zone that delivers elegant compositions in a sumptuous, high-value production. Powerful and rather special"
– Sid Smith, Postcards From The Yellow Room, music critic

“With 'Zentuary', Indonesian guitar maestro Dewa Budjana takes the art and sounds of progressive world jazz fusion to the clouds and beyond. With the likes of Tony Levin, Gary Husband, Jack DeJohnette, and other guest stars backing him up, Budjana and his new release could very well shoot to the mainstream in the States.” – Raymond Benson, New York Times best-selling novelist, film & music critic